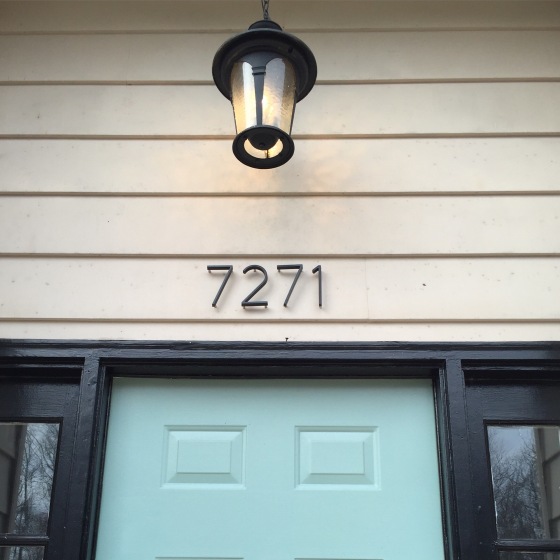 Ah… Curb appeal. Not my strongest suit. In fact, I often have visions and good intent and I lose steam or have no idea how to execute my ideas. A perfect example is my house numbers. I remember buying them maybe 3 or 4 years ago as part of my plan to revamp our porch and entry. Needless to say, they lived in a Home Depot bag in the hall closet until this week. I found them and decided to give it a shot. I was intimidated by drilling through metal siding, which I think may be part of the reason these have been in a closet for so long. But I went for it. 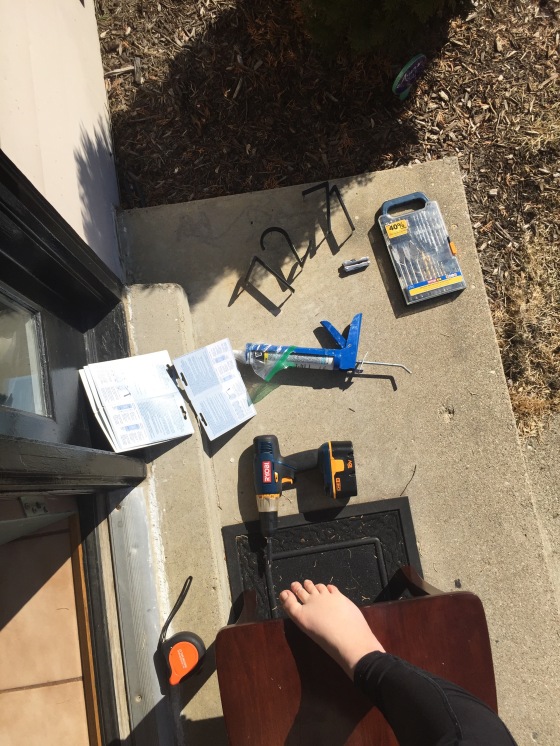 First thing was first: removing the old nasty letters. They were here when we moved in. And had obviously seen better days, been spray painted and then left to die on the front of the house. They also had been mounted on the front of the house, outside of the entry and porch area… out of reach of our porch light. So at night they were not visible. I literally yanked them off the house bare handed. So liberating. I didn’t even need a screw driver. 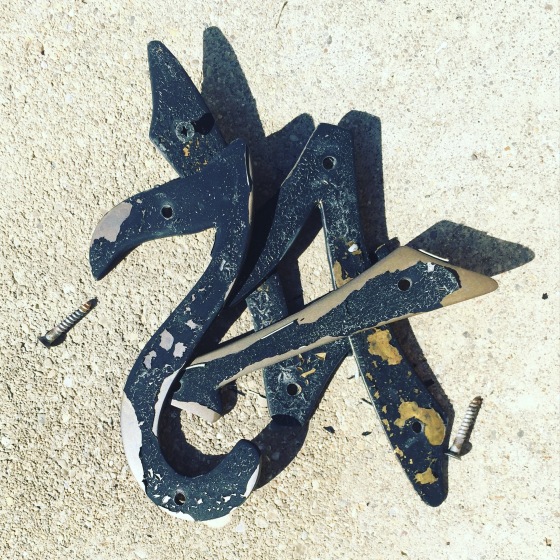 Next I used the templates that came with the numbers to mark where they’d go. I new I wanted to put them above the door so they were lit at night. But I ran into a problem: the light is not centered to the door. I measured, remeasured. I ran down the hill 10 times to eyeball it. Eventually I landed on mounting them almost centered with the light and almost centered with the door. Sort of just in the middle of each measurement. 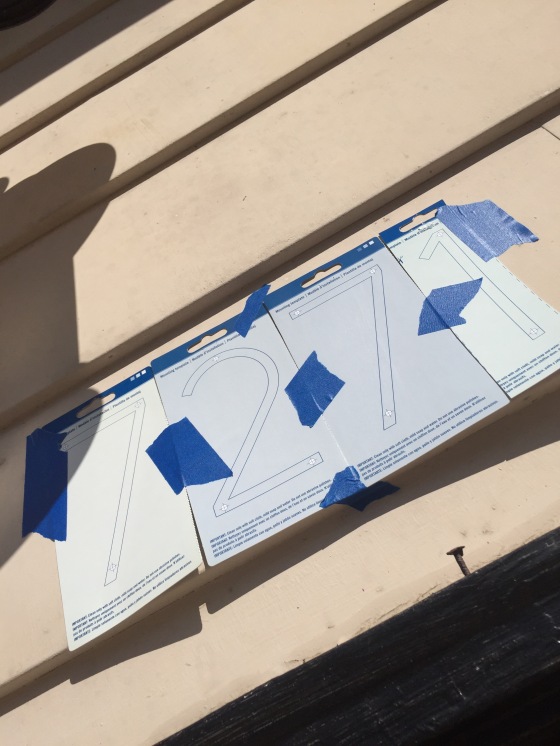 I opted to use a “floating mount” for the numbers so I followed the drill bit recommendations from the package for the floating mount. A flush mount was also an option but I quickly realized that the angle of the siding could make a flush mount look a little awkward since it would basically angle the numbers upward. Anywho, I  marked my holes according to the templates by drilling straight through them. 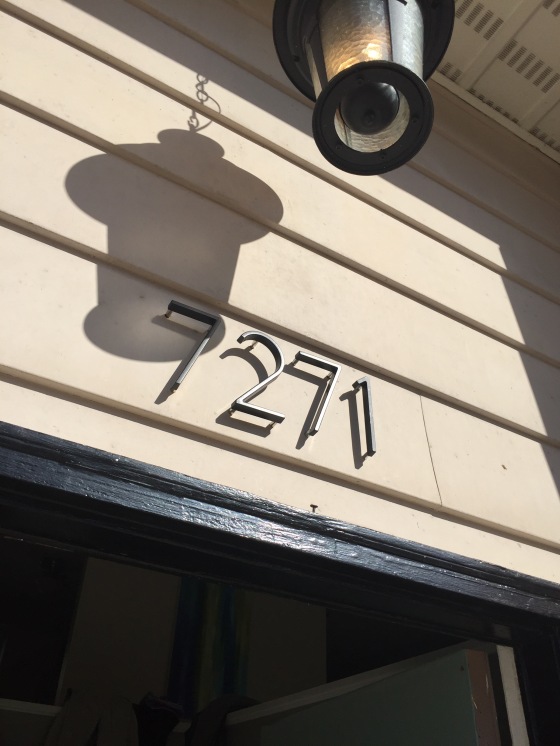 I used a wrench to fit the screws to the back of each number and then I placed the numbers in the holes I’d made for a “dry fit” before I secured them with caulk. 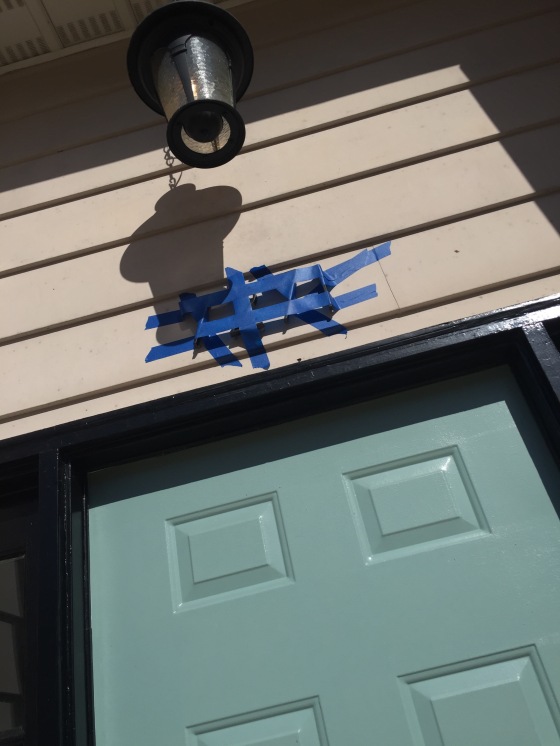 I used painter’s tape to fix the numbers in place while the caulk set. A few hours later, I removed the tape and admired my work.

A little more modern and visible at night. How do you like them? 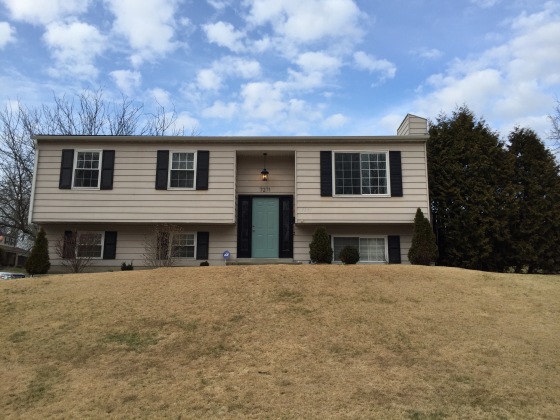 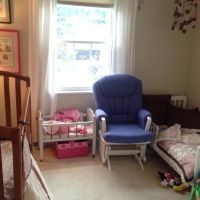 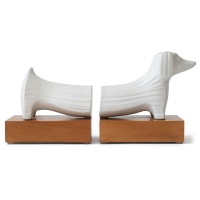 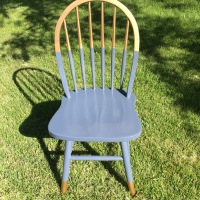